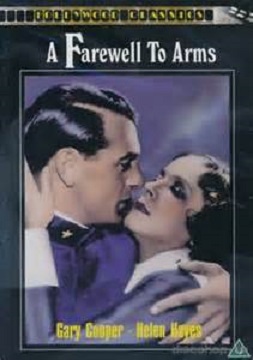 I caught the original “Farewell to Arms” movie on Turner Classics. Gary Cooper and Helen Hayes did an admirable job of reinterpreting the Hemingway novel, but the 82-year-old film is a study in how far movie making has come. Missing from credits were the minions required to make films today; “special effects” depict towns being bombed by what appear to be Revell model airplanes dropping smoke bombs and script niceties waltzing around the topic of sex were humorous. How tough were censors in 1932? Nurse Catherine (Hayes) managed to get pregnant wearing more protective clothing than today’s nurse treating Ebola patients.